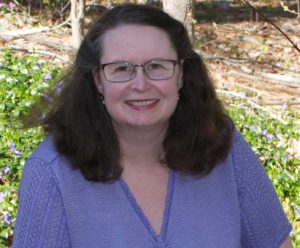 Born and raised just outside of Boston, Massachusetts, I always dreamed of living somewhere else. I made it as far as Rhode Island when I was eighteen, but returned to the Boston area before my next birthday. My second escape attempt landed me in Wisconsin for a summer. That was soon followed by a move to Dubuque, Iowa, where I attended seminary. My ministry brought me to South Dakota and Maryland before I returned again to Massachusetts. After my marriage I lived in New Hampshire for a couple of years before talking my husband into joining me on my next escape attempt. We tried Iowa, upstate New York, and Massachusetts before returning to New Hampshire. I guess New England is just in my blood. If I escape again it will be to a different country, but for now I’m content to live in southern New Hampshire with my husband, two children, and two cats.

I’m no longer serving as an ordained pastor, but my years in ministry shaped my faith and outlook on life. My blog posts and works of fiction often feature themes of faith and its impact on life. I also write about complicated family dynamics and questions of identity.